To say there are lots of new things happening in the world of Lancer, Bob Brill and in general would be an understatement. I won't even broach the political realm. But here goes. I really need to get an agent! As many of you know my former literary agent, Michael Hamilburg, passed away a year ago. He was a really tremendous man and a great help. I miss him. Since then I have not been able to land an agent for film scripts or books. 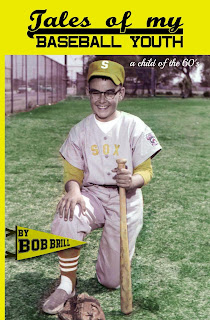 The new book "Tales of My Baseball Youth; a child of the 60's" is selling pretty well. The first "Lancer; Hero of the West; The Prescott Affair" continues to sell well, although sales of the second book "The Los Angeles Affair" are much slower. 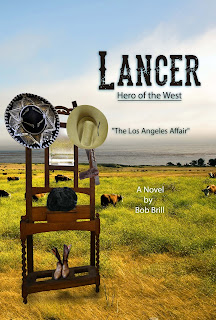 Ron Dante and I (he of "Sugar, Sugar" fame) have recently started a podcast. We have not aired it yet as we want to get at least five shows in the can so to speak before we put them up. Mainly singer/songwriters and real musicians although we will have other guests over time as well. The first two interviews we have done are Stephen Bishop and Melissa Manchester and did we ever have fun. The podcast is all about the latter; having fun. We will let you know when it airs and where, which will most likely take place in March.

Of course Ron co-wrote the theme song "Lancer; Hero of the West" with two time Oscar winner Al Kasha and Ron who has two Tony's and two Grammy's to his credit, sang the song. We produced the music video which is now on YouTube. Check the link.

I am shooting a new short film this week Details upcoming.


There is also growing interest in some of my scripts. I could very likely even get one or two of the less expensive films made if an investor willing to full fund them. I've been told by insiders several could be made for under $250k each and they are among the best of the 17 scripts I've written. So if anyone out there has an extra quarter of a million dollars laying around they need to find a place for (and are willing to take a risk) let me know. It is probably too much to ask for a crowdfunding venture though.

I am in the process of trying to finish Lancer Hero of the West; The Santa Fe Affair, before the Cowboy Festival in Santa Clarita in April. I want to have it available for the event.

I'm also in the process of writing a couple more scripts and hoping to finish a TV script for the holidays which I'd like to offer to Lifetime for next season. It's kind of a fun idea. I also have an idea for a play I'd like to write. It's pretty far down the list since I've never tackled a play before but I'm looking forward to doing it.

All the while KNX remains my main employer, every weekend morning and sometimes during the week. For now, stay tuned and stay well.  And keep your fingers crossed I get an agent. Of course all my books can be purchased at www.bobbrillbooks.com.